When the Blizzard of 1978 hit the Northeast I was living in the small country village of Coventry, Connecticut. I shared a second floor apartment in an old house with my girlfriend who was studying painting at The University of Connecticut. My cat, who would go on to live 25 years, resided there with us.

Playing nights with a Texas swing band in the seedy bars of Rhode Island and Connecticut, I spent my days visiting film schools and writing songs. I wasn’t sure if I wanted to be a filmmaker or a musician. The fact that I was, in fact, already a musician, with a growing pile of songs waiting for the right band eventually tilted the scale toward music. But the love of movies, of cinematography and stories, has never stopped being a big part of what inspires me.

One of the songs I wrote during that time was “Bluewhite”. It began as a poem that I wrote the day after the Blizzard of 1978, and wasn’t completely finished until I added a last musical section and edited the third verse lyrics some fifteen years later.

(One of the barns at Caprilands, when I visited in January 2011. Sadly the farm stopped operating as a store, herbal center and all-herbal restaurant shortly after founder Adelma Grenier Simmons’ death in 1997 at the age of 93.)

When the sun came out, surprisingly, two days after the epic February Blizzard of 1978, we were still without power, and would remain so for several days. It looked so beautiful outside, I decided to cure my cabin fever with a long walk. Normally a very outdoorsy type, my girlfriend covered herself in two overcoats, a scarf and a hat and worked on a painting to the light of candles. I took my trusty Miranda camera, covered my feet with two thick wool socks and my old army boots and proceeded to walk from Coventry village up to Caprilands, an herbal farm owned and operated by Adelma Grenier Simmons, known as “the firs lady of herbs”, and the author of over forty books about the subject. The bright winter sun was shining on the huge snowdrifts, creating those bluewhite shadows on the fields and in the woods. When I passed Caprilands, I realized I still had some of the little anise pastilles in a tin that I had purchased a week earlier on a visit there. I popped a couple of them in my mouth, and as the licorice flavor exploded in my head, the sights of the sun-filled snowy day and the subtle yet powerful taste of the anise pastille imprinted themselves in my brain. Proustian. 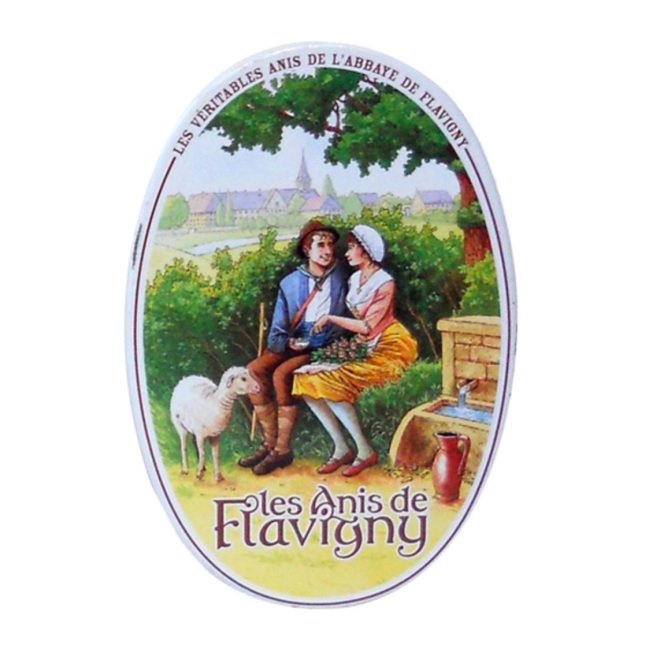 These pastilles have been created since the 1500’s in the Flavigny Abbey, originally a Benedictine monastery, now owned by the Dominicans. It took, and still takes, fifteen days for the monks at the Abbey to create these candies. Each tiny anise seed, is slowly covered with layers of sugar water until, half a month later, the pastille is ready.

Now whenever I taste one of these – or even think of that taste – my mind is flooded with wonderful memories of Caprilands, of my life back in 1978, of writing a ten minute song called “Bluewhite” about the snow in Connecticut hills.

(Bluewhite shadows, deep in the woods by a brook, the day after a snowstorm.) 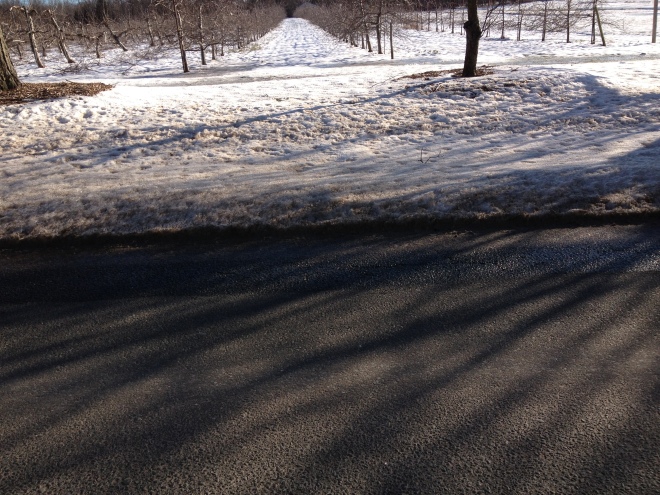 (“The town is melting, pull our windows down, hear the tires whisper black wet smooth..”)

That thing I call “bluewhite” is more than just the shadows on snow.  It is a feeling in the air that travels into your brain. On bright February days, driving around the snow-filled hills, when it’s just cold enough to keep the snow on the ground, but just warm enough also for the tires of cars to make that long swshhhhhhhhhhh sound, this feeling in the air contains not only the cold beauty of snowy woods, but also the hint of the coming melt and the hopeful rebirth of Spring. You can feel it in your sleeves.

(“To the distant fields our eyes travel over the valley to those Bruegel woods..”

Bluewhite light has a look that is unique to the Nutmeg State.  It is partly because of the shapes of hills and valleys here that gather and distill it. And it it because of the way the many stone walls of this state go slinking across the fields toward the edges of the woods. The cliffs and curves, trees and bushes, meadows, rivers and brooks are of a scale that is like nowhere else. It is a landscape size bigger than the quays and inlets and rocky yards of Rhode Island. But it’s not real, real big like the Green Mountains of Vermont, or seriously steep and craggy like the notches of New Hampshire or as ferociously vast as the pine forests of Maine. No, bluewhite is a very Connecticut thing.

I would walk the five miles from my house in Coventry Village to the campus of UConn where I’d find an empty practice room with a piano. There, with two or three coffees to go, I’d inch my way forward in this film in my mind. The scenes unfolded with images and words about snow, the way it looked on distant hills and in cornfields, by brooks and stone walls, in the brief bright daylight of Winter and in the quickly fading dusk.

It wrote itself, really. Instrumental sections appeared and vanished, then demanded to be heard. Tones of instruments and shades of vocals became clear. Above all, the feeling of it all just felt exactly right.

All ten minutes of it. Long by the standards of radio, even college radio, but I wasn’t thinking about that.

When it was what I considered not “done” but waiting to be performed, I set it aside until a year later when I formed The Grayson Hugh Quartet. I taught it to the musicians and recorded it. I performed it twice with this band, once in 1980 at a concert at The Children’s Museum Planetarium in West Hartford and again in the same year at a club on the Upper West Side of Manhattan called Trax.

It was one of my favorite songs and always knew I wanted to do more with it, but it wasn’t until I was assembling the songs for  “An American Record” in 2007 – 2010 that it finally found a home. This was my first release in fifteen years, and I wanted this album to be stretch the limits of my musical styles.

Much like those aniseed pastilles, the creation of “Bluewhite” took as long as it took to be finished. There was no rushing it.

Here, then (on, as I write this, a cold February day in New England) is “Bluewhite”. It seems only appropriate that it should be presented as a kind of movie, a slide show, if you will, photos by yours truly.

I hope you enjoy the journey as much as I did creating it. 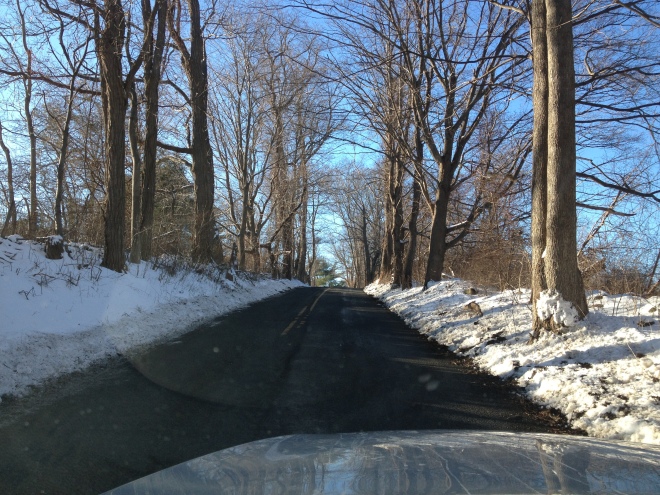 4 thoughts on “BLUEWHITE AND THE BLIZZARD OF ’78”